What is a Figure of Speech? And How to Use It in a Sentence

What is a Figure of Speech?

A word of phrase applied in a non-literal way, and used for rhetorical or greater effect.  A literary device that never gets old, and helps to bring a more literal meaning to text.

Figure of speech can be utilised to describe people and places in a more interesting and detailed way.  Words used may not necessarily mean exactly what is being described, but will give the reader a clear image.  Figure of speech can come in the form of a single word or phrase.  Rhetorical figures or expression of language is another way of describing a figure of speech.

Figure of speech comes in many different types and forms, let's take a look them:

The builders were working at a dizzy height.

This is a way people talk depending upon which part of the country they're from.  When a dialect is written in literature it's written the way that it sounds, by using phonetic spelling, unusual grammar and missing words.

A Metonymy is used when a thing or concept isn't called by its own name, but by the name of something else that is intimately associated with it.

The Pentagon (For the Department of Defence and the offices of the U.S. Armed Forces)

Hollywood (The whole of the film industry)

Synecdoche refers to when a part of something is used instead of its whole.

Interrogation refers to a sentence that asks direct questions, and is normally punctuated by a question mark.

What date was it last Tuesday?

What is the capital of France?

When a strong emotion is conveyed it's punctuated by an exclamation mark.

Ouch! You're hurting me!

An extra piece of information that is added to a statement, often separated using main clause brackets, dashes or commas.

Her older sister, the one with three kids, will be meeting us at the train station tomorrow.

A statement containing two conflicting facts that are contradictory or absurd that may be true.

This is the beginning of the end.

All animals are equal, but some are more equal than others.  Animal Farm.

An analogy refers to a comparison.  This is when you show how two things are alike, showing the similarity without explaining it.

Life is like a box of chocolates.  (Forrest Gump)

She's as blind as a bat.

A word that looks like what it means is a Logosglyph.

A deliberate change of normal word order for emphasis.

One swallow a summer does not make.

Repetition of the same consonant sound in a sentence or phrase.

A really leery Larry rolls readily to the road.

A literary device which uses repeated vowel sounds within sentences or phrases that are close to each other in the text.

The rain in Spain stays mainly on the plain.  My Fair Lady.

Refers to the exact opposite of something or when two things contradict each other.

To err is human; to forgive divine.  Alexander Pope.

A form of humour involving words contradictory to what is being said.  Irony falls into three categories.

When a situation arises that is completely different to what is expected.

In The Wonderful Wizard of Oz, Dorothy and her friends seek external forces to help them get what they need, but discover that they had it all along.

When the audience knows more about the story than the characters.

In Animal Farm, the animals think Boxer was sent to the hospital, but the readers know that the pigs have sold him to the slaughter house.

In Macbeth, Duncan thinks Macbeth is unfaithful to him, but Macbeth is plotting to kill him.  The audience sees this, but Duncan doesn't.

Verbal irony happens when a character says one thing, but means something else.

I just love watching the same cartoon, five times every afternoon.  It's such a delight.

Saying that you couldn't take another bite of cake, then reaching for more cake.

Usually the highest point of tension used to build anxiety or drama in writing.  Books, plays, movies and anecdotes usually contain some kind of conflict or drama that comes to a head and is resolved by the final chapter.

In Shakespeare's Romeo and Juliet has plots, twists and turns, and mounting tension that involve conflict between families, murder, love and ending in death.

In the movie Titanic things go rapidly downhill when the ship hits an iceberg.  Which results in histeria onboard the sinking ship, alongside a building love story between Rose and Jack.  This culminates in a sinking ship, shock and disbelief at those who have died or survived the tragedy, and Jack sinking to the bottom of the ocean. 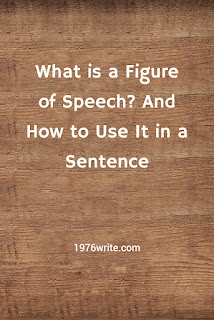 A satirical, clever or witty phrase, or line of poetry  that is used to express paradoxical, ingenious, memorable or amusing ideas.

Here's my wife: here let her lie! Now she's at rest-and so am I.  John Dryden

Refers to a joke that makes a play on words, using words that are similar in spelling, or meaning to create humour for the audience.

The chicken farmers' favourite car is a coupe.

Tautology refers to when different words are used to say the same thing twice in the same statement.

They climbed up to the top of Kilimanjaro all the way to the summit.

The kids always take turns to answer the question one after another.

Circumlocution simply means "talking around", or "talking in circles", it's used in a discussion, or when you don't want to refer directly to the reference, instead creating a way around the subject.

A litote refers to an understatement with a hint of irony.  A phrase that is contrary to truth is used when saying something simple or obvious.

She's no spring chicken.  (Meaning someone is not young)

Used as an appropriate expression in place of a word or phrase that people may find are offensive or inappropriate.

"Passed away" instead of "died"

Rhymes are mostly found in poetry, where identical or similar concluding syllables in different words are repeated.

Birds of a feather, stick together.

Hickory Dickory Dock; the mouse ran up the clock.

Commonly found in speeches and advertising to get the audience's attention, and give emphasis.

A question that doesn't need an answer is a rhetorical question.  It's worded in such a way that assumes the audience knows the answer.

Is the pope Catholic?

A literary device that intentionally uses a word or phrase for effect, usually two or more times in written work or a speech.  Normally the phrases and words are repeated within close vicinity of each other.

Refers to an overused phrase that has lost impact and is deficient of original thought.

All that glitters is not gold.

To each is his own.

I am so hungry I could eat a horse.

I've told you this a million times.

An oxymoron uses one or two words side by side.

as bold as brass

as thin as a rail

An onomatopoeia is a word that imitates a sound.

Refers to when an idea or thing is given human traits or feelings.

My cell phone is not cooperating with me today.

Refers to things that aren't true in a literal way.

Her words cut deeper than a knife.

Refers to a literary device that reflects repetition in two or more words of initial consonant sounds.