The Story of Writing in a Nutshell

The Story of Writing

Many people have speculated about when and how people started writing. The most popular thought is that a permanent recording of grain and animals was made. These things were an important part of ancient societies, and were used in temples, and palaces so records needed to be made.

Archaeologists have discovered many clay tokens of different shapes and sizes in and around Middle-Eastern sites from as early as 8000 BC. Many historians suppose that these tokens were used for counting items for trade. It has also been discovered that the Inca Empire used quipu, a group of strings of various colours that were knotted at intervals to record their taxes and census statistics.


From these tokens came a system of symbols to symbolise words and ideas. These earlier writings would have been pictographic, and can be found in many cave paintings all around the world. Pictogram's are still used today to convey simple messages - usually used as signs on roads or public toilets.
Cuneiform script required a phonetic (sound) to a symbol. This radically transformed how people communicated. Many think the Sumerians used this around about 3300 BC and can also be found in southern Iraq. Scripts were found in Egypt (3100 BC), Indus Valley (2500 BC), Crete (1900 BC), China (1200 BC) and Central America (600 BC).

No one culture has been found to wholly influence the advancement of writing, many systems have been found around the world and all sound unique, but all play a key part in enabling us to communicate through writing.

Sadly the ability to read ancient manuscripts has been lost. In some cases the ability has been regained through the process of studying archaeological treasures.

The Rosetta Stone, discovered by French soldiers in 1799 during Napoleon's invasion, has helped decipher many Egyptian hieroglyphs. Discovered in the small village of Rashid, Egypt, this relatively small stone slab as carved an inscription in three different languages and scripts - demoic script, hieroglyphs, and ancient Greek. Inscribed is a decree given in three different languages passed by the general council of priests throughout Egypt on the first anniversary of the accession of Ptolemy V Epiphanes King of Egypt 27 March 196 BC.

With comparisons to other monuments, scholars such as Thomas Young and French Physicist Jean-Francois Champollion could easily identify the names found in the hieroglyphs.

Many early scripts were found to be syllabaries (such as cuneiform or Linear B). Simply put these manuscripts were written in syllables. This kind of writing required lots of signs, and very few consonants.
The Egyptians used a lot of pictogram's showing a lot of complicated consonants, but weren't able to cope with writing any vowels.

A script was developed in Phoenicia using a handful of signs, and was used from 1400-1200 BC. In the first millennium the Israelites, Phoenicians, and Canaanites used 22 signs. All of these were consonant scripts with very little vowels being used.

The Greek alphabet was invented as early as the 10th or 11th century BC, having signs for each consonant and each vowel, with about 25 signs in all. This enabled them to write more clearly, and not unlike the way we write today.

During the 4th millenmium BC a writing form we call cuneiform emerged. (Cuneiform simply means wedge-shaped), this particular form of writing could be found in Mesopotamia with the Sumerians. Three basic wedges would form a cuneiform sign.

The end of a reed stylus was pressed into moist clay enabling the Sumerians to draw. At first they would just draw pictures that would stand for an object. A simple example would be a picture of a mouth which could be taken to mean the noun 'mouth' or verb 'to speak'.

Over the course of time the picture would go on to represent syllable(s) in the word which the picture would be shown. A sign such as 'mouth' which was 'ka' could also be used for writing a syllable in another word. This led to a complicated system of writing that contained pictures, that would become so stylised that people would find them virtually unrecognisable. These were represented by ideograms (whole words), or syllabograms (individual syllables).

In its advanced form cuneiform script had upwards of 500 signs, with most signs having several syllabic and ideographic values.

4 Things You Should Know About the World's Oldest Writing System: 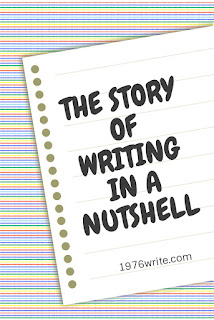 Introduced in 3100 BC, after cuneiform, hieroglyphs were used during the Dynastic period, with about 700 signs in use. Peaking at around 5000 characters in the Greek and Roman periods.

Usually written in columns or horizontal lines running left-to-right or right-to-left. Hieroglyphs found in tombs or temples were normally oriented towards a central point, or an important figure such as the pharaoh.

There are two types of hieroglyphic characters:

1. Symbols that stand for words or ideas, which are called logograms or ideograms.
2. Phonetic signs, which are called phonograms or pictograms, each representing a particular consonant sound.
Most hieroglyphs are found on the walls of temples and tombs, as well as various mummy wrappings, and on other objects placed in tombs.  Used mainly to record magical spells, lists of provisions, and the tomb owners name.  Many hieroglyphs were used to keep records, especially when the Nile River flooded, to keep track of the quantity of materials used to build the pyramid, and to keep lists of stored surplus food.
Even though Egypt was conquered by King Cambyses of Persia, Alexander the Great, and later the Roman Emperor Augustus, hieroglyphs remained in use in Egypt until the late 4th century AD.

Printing has been around for a long time and can be found in many ancient cultures. Items such as the Phaistos Disc from Crete which dates back to the 17th century BC, was devised by pressing symbols into clay, very much like we now use movable type.

When paper was invented printing really took off. Conceived in China prior to 105 AD, the process of creating it was accurately documented by the court of the Han Emperor Wu Di, using a mixture of bark and rags.

Carved seal stones were originally used to make an impression on the paper. This would later lead to the development of woodblock printing, used during the Sui or Tang Dynasty. Early Buddhist writings have been found and discovered to be made by monks. An early surviving print is the Diamond Sutra of 868 AD, created in Dunhuang.

The ability to make paper eventually made its way into Europe by the 15th century, as more people were able to read. The task of making copies of texts by hand was very slow and arduous. A quicker more reliable method to replicate writing was required. During the 15th and 16th centuries wood block printing was established. By 1455 AD Johannes Gutenberg invented the printing press, using metal type.

After this printing was evolving quite rapidly with the development of standardised types and fonts. There were many changes in language, and writing styles when printers started printing for the general public. The power of the printed word meant that many people could read the same piece of writing at the same time.

Aldus Manutius a leading printer of the Venetian High Renaissance introduced a number of innovations to the world of publishing. He produced high quality volumes of Greek literature and philosophy, with new forms of Greek and Latin cursive type for printing. He produced new printing techniques using italics as well as smaller octavo editions of texts.
Read more:
11 Ways to Encourage a Writer
Why You Should Write Regularly
Why It's Good to Take a Breather from Writing

20 Writing Do's and Don'ts
Share this post with your friends!
Posted by Helen Bolam at Thursday, April 05, 2018